“Hey, my name’s Luke. The year is 2060 and I live in what was once called America. As you can see, the ‘developed world’ never was able to kick its fossil fuel habit. They just kept turning to dirtier sources and more extreme processes to burn the stuff, like the liquefaction and gasification of coal. The entire planet became a sacrifice zone for the sake of keeping mega cities lit up and the machinery humming, but ultimately it was death by a thousand cuts. Entropy was the victor. GHG’s continued to rise, warm the planet, and wreak havoc on the biosphere. Cancer and industrial disease spread to every corner of the globe. Weather patterns were drastically altered until the world’s food production was forced to move indoors. Large-scale cloning of animals became common practice in order to feed the several hundred million surviving people. War, drought, floods, fresh water scarcity, and a rash of pandemics crashed the world’s population from a high of 8 billion. The agricultural bread baskets of the world became wastelands of dust and weeds. International cooperation failed and the world’s existing powers scrambled for the last remaining resources. There are none who buy into the propaganda of a “better world” any longer because the stark evidence of what we have done to the planet cannot possibly be hidden from view. There is no utopian sanctuary for anyone to escape to, no matter how many gold coins one has managed hoard. Despite this realization and even after all the geoengineering mishaps, people still cling to the belief of salvation through technology. Everyone lives in fortified bunkers to escape the hot, drying winds that sometimes carry poisonous and toxic clouds. When we do venture out, gas masks are always worn as well as long clothing to protect from the thinning ozone layer. Industrial smoke stacks still belch plumes into the air to keep the underground cities running.”

“When above ground, I’ll spend hours walking through the wreckage of industrial civilization, the skeletons of its skyscrapers blotting out the sun like the mythical Redwood trees once did along the west coast. The occasional sound of a steel beam crashing to the ground or a glass window shattering breaks the ghostly silence. These deserted cities are infested with rats the size of small dogs, and the ray of my flashlight is reflected in their staring eyes. The endless and self-defeating rat race of humans has now been replaced by the scurrying, scavenging, and fighting of real rats. I find it amazing that my ancestors spent their entire lives living and working inside these little office cubicles. That was a time when Earth was still green and you could hear the birds chirping and singing outside your window. I’ve got a digital recording of various holographic scenes depicting bygone days of nature that I project inside the confines of my subterranean home, but I’d give my right arm to experience the real thing. To think that people were once surrounded by nature all the time amazes me. Its true value had never really been calculated. Rather, money seems to have been what people were most preoccupied with back then. On one of my excursions I came across a dwelling whose crumbling walls were packed with stacks of moldy paper money. Whoever lived there must have worked an entire lifetime to eke out a savings of that size, stuffing it into every wall cavity like it was insulation. Many thought humans would go extinct long before money would ever cease to exist. I guess they were wrong.” 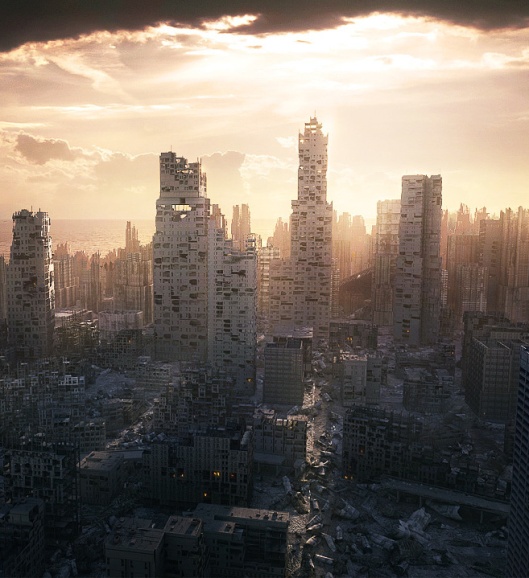 “They say the people of this country went mad, obsessed with money as it overtook their every thought, decision, and activity. One of America’s forefathers once said, ‘He that is of the opinion money will do everything may well be suspected of doing everything for money.‘ All things were framed within the context of money. Environmental damage was discussed in terms of financial setbacks to the economy. Political leaders made decisions based, first and foremost, on the financial interests of those powerful few who put them in office. Choices on matters involving the well-being of humanity were made solely in the interests of corporations and stockholders. Even as the overwhelming evidence mounted that mankind’s place on earth was becoming evermore tenuous, the money worshippers continued to find ways to profit from calamity and mayhem. Preserving the Earth simply was not profitable, so they let it die. The Arctic melted, so they raided its open waters. The land became parched, so they invested in water rights. CO2 levels skyrocketed, so they put their money into carbon credits. Our continued existence became a crap shoot in the marketplace. The vultures of capitalism were able to profit from the collapse; thusly, such nightmarish and dystopian scenarios as botched geoengineering schemes, a Venus syndrome on earth, and ultimately human extinction were allowed to become sober realities….” 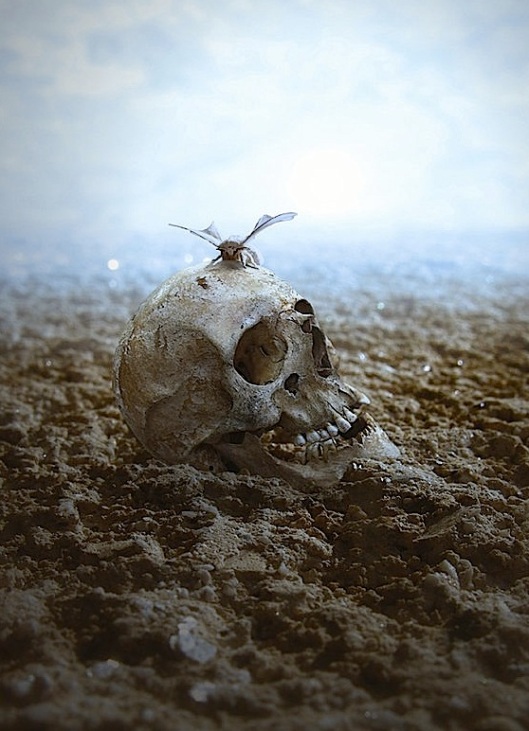 ‘No matter what we call it, poison is still poison, death is still death, and industrial civilization is still causing the greatest mass extinction in the history of the planet.’
~ Derrick Jensen

Why Evolution Is True