President Obama recently unveiled his plans for America to cut its CO2 emissions 30% compared to 2005 levels by 2030 “to limit warming below the 2˚C ceiling agreed by countries“, a plan that Al Gore declares “the most important step taken to combat the climate crisis in our country’s history.” I’m here to explain to you that if that is the best the human race can muster, we’re trapped in a very sad state of anthropocentric denial.

Keeping in mind that humans of industrial civilization have thus far warmed the planet by 0.85˚C in the last couple hundred years, the extreme weather events that have occurred just in the last decade, let alone in the last year, are clear evidence of an increasingly destabilized climate system. Catastrophic changes in the glacial zones of the Arctic and Antarctic have been set into motion, altering global jet streams and weather patterns as well as locking in a sea level rise that will make most coastal cities uninhabitable within a couple of generations. Thus we can see that the target of 2˚C is a totally fraudulent upper limit for anything safe; industrial civilization has already passed the point of no return into climate chaos.

From day one when he entered office, Obama was never anything but a yes man to corporate interests. As far as energy is concerned, Obama is the “clean coal” guy even though there is no such thing. Ethanol from corn is a big joke as well with a net energy of nil. Meanwhile, the increasing price of food does not get figured into the CPI. The Keystone XL pipeline is already approved and being built piece by piece while Democrats and mainstream environmentalists pretend it’s still something under consideration. Obama’s current plans include “an incentive for states to develop regional carbon-trading systems”, despite the fact that such pollution swapping schemes have historically been proven to be rife with fraud and failure. There is no “right price” for carbon. Assisting BP in covering up the largest environmental disaster in American history and allowing fracking consultants to write their environmental impact report are a couple other highlights on Obama’s record that don’t inspire confidence. When it comes to protecting the planet for future generations, both parties in our political duopoly have essentially followed the same omnicidal path. Lou at The Cost of Energy points out:

The US political system is so broken, so blatantly an open bazaar where corporations can buy public policy puppets like so many street hookers, that it’s hard to imagine any policy stronger than the new EPA proposal going into effect and not being killed by the next presidential administration or strangled by the purse strings controlled by the Congress… 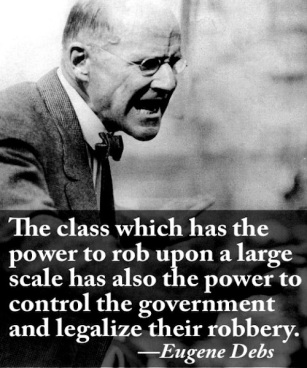 The commercial, capitalist part of society has completely outstripped the interests of humanity as a whole. In the case of fossil fuels, private firms and individuals are carrying out activities which are having dire consequences for everyone, but corporations are only interested in their own advantage and in fact are required by law to place shareholders’ interests above all else with no regard to the long-term well-being of the global community and future generations.

Although CO2 emissions have fallen in the U.S. in recent years due primarily to electricity plants switching to the cheaper source of natural gas, they have jumped back up once again according to the latest reports. Demand for coal abroad has also been on the rise with the U.S. exporting its supply to meet the demand. However, most disturbing is the following graph which illustrates that in the last 164 years, no new energy source has ever stopped our expanding usage of fossil fuels. Levels of carbon extraction are perhaps a more telling indicator of the primacy of fossil fuels and the direct correlation between economic growth and global emissions than the energy statistics of any one particular country:

…as Mike Berners-Lee and I argue in The Burning Question, despite radical changes in the global energy mix over the last two centuries (and even more radical changes within individual countries) energy use and carbon emissions have undergone remarkably consistent long-term exponential growth. The implication is that there’s a technological and social feedback loop at work, with each new energy source increasing access to and demand for all the other sources. Energy begets energy.

The graph below, which shows total human energy use since 1850, reflects this. When coal use took off in the nineteenth century biomass energy didn’t decline as is often assumed. In fact it increased, helped rather than hindered by coal-powered industrialisation and globalisation. Similarly, coal use increased when society started extracting large amounts of oil – which makes sense given that oil not only proved useful for coal mining but also enabled the mass roll-out both of cars and energy-hungry suburban homes. In turn, gas and hydro helped drive technological and engineering revolutions that have made obscure oil sources more viable…

…The fact that new energy sources tend to be additional to existing ones helps explain why more gas production has dinted neither US carbon extraction nor global emissions. But critics of gas beware: the same caveat applies to genuinely low-carbon energy sources such as renewables and nuclear, or indeed increasing energy efficiency. We usually assume that installing a wind turbine or nuclear plant will reduce global emissions but that’s not necessarily true, since the fossil fuel that the clean energy system replaces may get burned elsewhere instead, perhaps kick-starting new energy feedback loops in other parts of the world and driving global carbon emissions up yet further.

In some cases there has even been talk of using low-carbon energy sources directly to increase fossil fuel flows. For example, modular nuclear reactors are being considered as a way to propel natural gas down the remote pipelines that bring energy to Europe’s homes and power plants, or for melting tar to produce oil for the world’s billion-strong car fleet. This seems crazy at first given that it would be more efficient and less polluting to use the nukes directly for producing electricity, but existing infrastructure can determine our energy choices as much as the available energy sources do…

…there’s little evidence so far that fracking, wind power, nuclear or any other technology is helping us leave any carbon in the ground. Indeed, as I wrote recently, despite all the renewable power installed so far, all the fracking rigs, all the energy efficiency gains, all the national carbon cuts, and even a collapse in average fertility levels, global emissions are still growing at the same rate today as they were in the 1850s… – link

In The Biophysics of Civilization, Money = Energy, and the Inevitability of Collapse, a similar correlation was demonstrated between money (the economy) and CO2 emissions. Without fundamentally changing the economy’s dependency upon growth and profit, emissions will continue to rise and deceptive non-solutions will continue to be sold to the public. Even if all human industrial activity ceased this instant, we would still be looking at upwards of a 2.65˚C temperature rise, but capitalist industrial civilization is a superorganism that is on an unwavering trajectory. The scales have been tipped out of favor for mankind. The geologic pendulum will swing back to bring things into balance over millennia, and in the process industrial civilization will be crush beneath the iron hand of natural law.

One look inside the self-serving and hypocritical mind of those running in society’s elite circles will tell you there is no chance for any radical departure from the moribund thinking which keeps the rotted status quo in place.

[Nate Hagens: …from a (good?) friend of mine – married to a billionaire, very connected, energy investment guy – i sent him the EPA announcement]

You have seen the movie Idiocracy, right?  Well President Mountain Dew Commacho in that movie is a better leader than BO.  At least Commacho knew sometimes you need to listen to smart people & put them in charge.

Long story short, the presidency is in meltdown mode.  Everyone has figured out what I told you…he is a bad guy.  Whether you definition of “bad guy” is a person who used his skin color to get where he is in DC then holding the US hostage to his bitter, bigoted edicts; or just a lucky ne’er do well who wanted to save the world, but instead made it worse.   HE IS DONE! <<<the exclamation point is Carney quitting.

Nate, none of what he does means squat (especially the agencies like EPA)…dems/repub know it.  Next elections will save the economy for 20-30 more years…I know you & I disagree on the timeline.  I hope, and pray, you are wrong…but I do know your logic is correct.

Buy coal/BTU tomorrow on the dip.

Like the radiation from Fukushima, CO2 emissions are invisible and their calamitous effects can play out over generations. The masses simply can’t stomach hard reality when they are entranced by a techno-capitalist wonderland of mental distractions and virtual reality pitfalls. 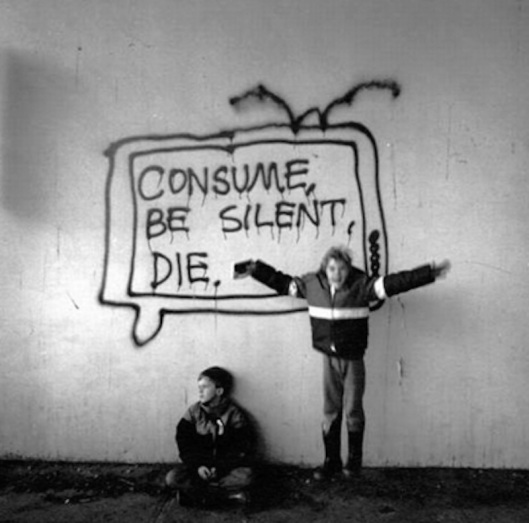