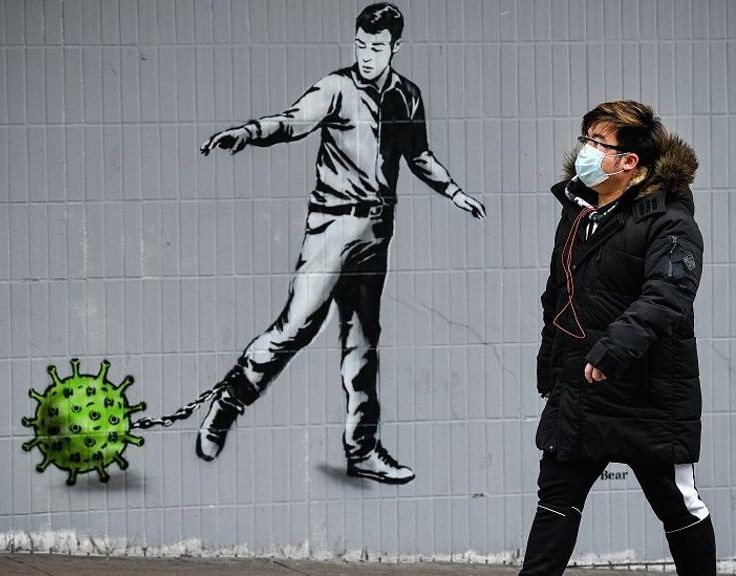 “We must now understand that our own well-being can be achieved only through the well-being of the entire natural world around us.” ~ Thomas Berry

As governments stared glass-eyed at what was unfolding in China earlier this year, the fragility of modern life’s interconnectedness was soon to be laid bare by a microscopic organism. Within a couple months of the onset of the coronavirus pandemic, airline travel from China had spread the novel virus to more than 60 countries. Despite decades of warnings about the inevitability of such an event, politicians had paid about as much lip service to preventing the next pandemic as they had to dealing with climate change. As has been warned by health experts, the best we can hope for is to blunt the effects of the COVID-19 disease on the global population; eradicating it will be futile. Something similar could be said of the legacy effects of our CO2 emissions which will haunt life on Earth for time immemorial.

A study from 2014 found the total number of infectious disease outbreaks has more than quadrupled between 1980 and 2010. Approximately 75% of all emerging infectious diseases originate from animals and chances for pandemics are increasing as humanity’s growing assault on the natural world disrupts what remains of the planet’s ecosystems. If you need further evidence that we are annihilating life on Earth, consider that the microscopic mite, among the oldest and most plentiful invertebrates on the planet and a keystone species in many ecosystems, is disappearing at least 1,000 times the natural rate. More novel zoonotic diseases will eventually be unleashed into the bloodstream of the globalized economy as corporations revive parasitic growth at the expense of a habitable planet. The coronavirus pandemic is a symptom of our unfolding Anthropocene Mass Extinction which is accelerating.

The current pandemic may well mark the beginning of the end for growth as we knew it. In the U.S. right now, there are 29 million unemployed and tens of thousands of small businesses that have closed during the pandemic will never reopen. In the Age of Environmental Breakdown, there can never be a return to normal. For the normal that industrial civilization has become accustomed to is the very thing ripping to pieces those white picket-fenced lives in suburbia. A Biden presidency may bring back some sense of sanity and order to those pursuing the illusion of the American Dream, but it won’t alter global civilization’s current trajectory toward an increasingly chaotic world of never-ending disasters. The synergistic effects of biodiversity collapse, climate change, and industrial pollution will act as a growing weight on the economy.

We just learned that Greenland’s ice sheets crossed a tipping point two decades ago and will never recover, as far as human timescales are concerned. Nothing will bring them back except another ice age, and humans have managed to erase the next one scheduled to have occurred some 50,000 years hence. 100,000 years will have past before the planet completely rids itself of the CO2 humans have loaded into the atmosphere. Second only to Antarctica in terms of ice volume, Greenland’s melt-off could eventually contribute 23 feet of global sea level rise. Antarctica’s ice sheets have also been found to be much more vulnerable to collapse than previously known, as rising atmospheric temperatures melt their surface and a warming ocean destabilizes them from below. Coastal erosion, flooding, and soil salinization from sea level rise are growing drags on the economy. About 40% of the global population lives near the coast and will account for the largest mass migration in human history. Indeed, billions of U.S. tax dollars are now being used in a new strategy to relocate entire neighborhoods from coastal regions persistently hit by flooding in recent years. 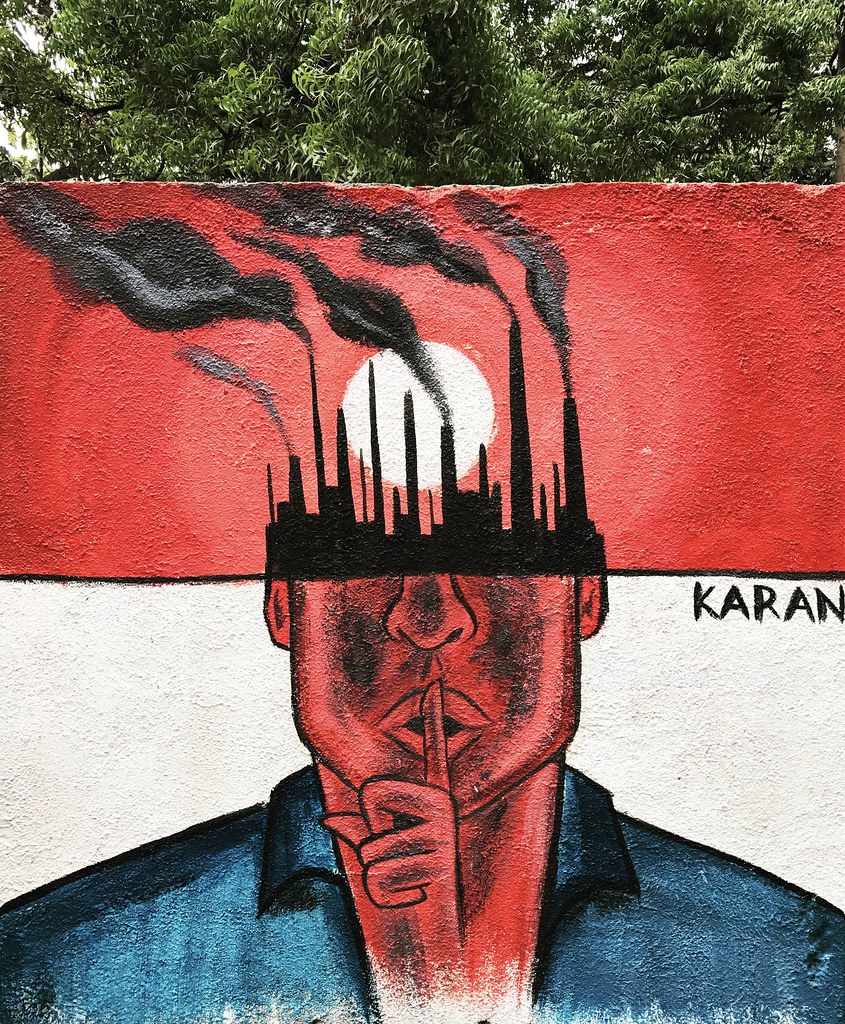 With the meltdown of the Earth’s cryosphere, we are witnessing a large-scale catastrophic disruption to a critical part of the Earth system under which all life has adapted. In particular, the relatively stable climate of the Holocene is what allowed for the development of agriculture and human civilization. We no longer live in that era; We have entered the chaos of the Anthropocene, a time of deadly climate disruption, social upheaval, mass extinction, and ultimately collapse of industrial civilization. With arctic amplification weakening jet streams, larger and more intense heat domes now form over geographic regions to help spark megafires, power grid blackouts, and heat-related deaths. In Phoenix AZ, a heatwave just obliterated a previous record of most days over 110°F (50 plus), and another record-breaking heatwave is on its way as I speak. California’s Death Valley just recorded the highest temperature on Earth since reliable records began. The six most recent years (2014-2019) and 2020 have been the hottest ever recorded, with each decade since 1980 being hotter than the previous.

The recent heatwave that thawed Siberia’s tundra, set it on fire, and caused an ecological disaster by collapsing a diesel fuel reservoir, could never have happened without the massive spike in CO2 emissions from mankind’s fossil-fuel binge. Summer wildfires in the Arctic set a record this year, emitting 34% more CO2 than in the prior year. Fires in the Amazon jungle are the worst in a decade. Wildfires in Arizona this year have already scarred more land than in the prior two years. Colorado just logged the biggest fire in its history and California’s wildfires are already on track to break records even though the fire season has just begun. Globally, wildfires have increased 13% over the prior record-breaking year of 2019. A more apt name for the Anthropocene might be the Pyrocene – Age of Fire.

Heatwaves aren’t just striking on land; they are also cooking the oceans. Increasingly severe and frequent marine heatwaves(MHWs) have surged by more than 50% in recent decades. Warming oceans help create more destructive and more frequent hurricanes and typhoons. They also threaten biodiversity and ecosystem function on a global scale. Scientists have observed that stony corals around the world are hunkering down into survival mode, exhibiting the same traits as they did prior to the last great extinction. Let that sink in for a moment…Yes, a relatively primitive organism with a rudimentary nervous system is actually preparing for a mass extinction while the so-called ‘Wise Ape’ blissfully carries on destroying his very own life-support systems.

“It was incredibly spooky to witness how corals are now exhibiting the same traits as they did at the last major extinction event,” said Professor David Gruber, a researcher and marine biologist with The Graduate Center, CUNY and Baruch College. “Corals seem to be preparing to jump across an extinction boundary, while we are putting our foot further on the pedal.”

Apparently, coral are not hampered by politics in their decision-making processes. These creatures of the primordial seas will likely outsurvive the Self-Absorbed Ape who has insulated himself in a technological cocoon of false security, oblivious to the harsh physical laws of nature indifferently working to take him down. Hell, scientists are now finding microplastics in every human tissue they examine, and the health effects are unknown. How’s that for forethought? 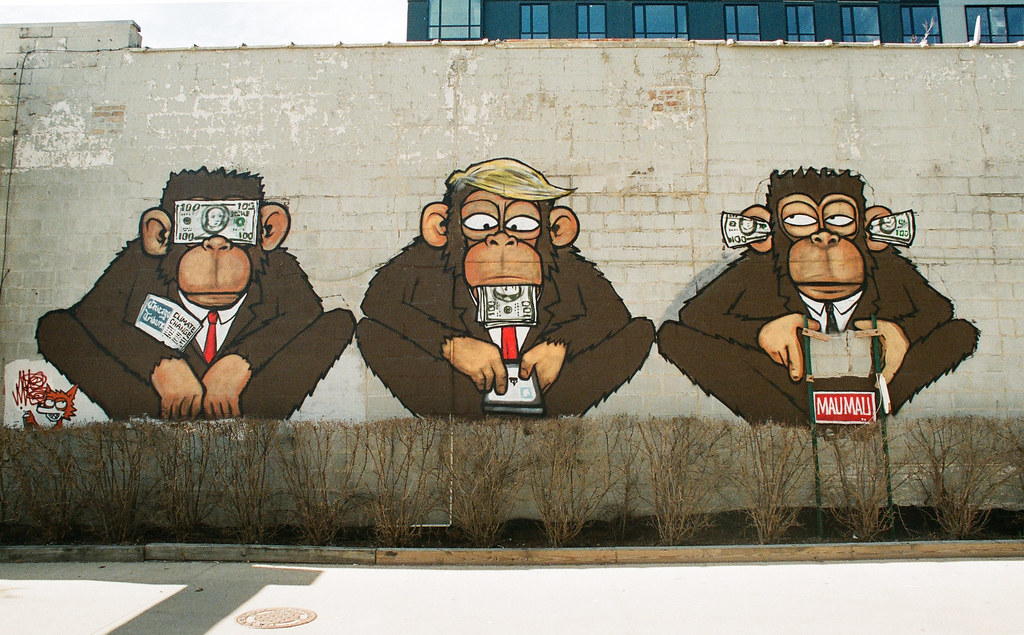 Scientists can issue warnings about our impending demise until they are blue in the face, and they have, but they and the public are at the mercy of economic, financial, and political forces beyond anyone’s power. Couple that with the fact that the average person on the street has a Trump-level of comprehension about these existential crises and is being bombarded on social media by fake news that plays on emotions and deep-rooted inter-group distrust. Cheap energy and the individualistic consumer culture have created an illusion of abundance and destroyed any sort of communal cooperation which was once the basis of everyday life. I’ve walked this Earth for over five decades and have seen a steady and continuous degradation of the natural world; corporate greenwashing is rampant. The growth in ‘green energy’ has not displaced fossil fuel fuel consumption to any great degree; fossil fuels still supply 84% of global energy consumption. Worse yet, just to maintain our current growth in energy consumption would require an unattainable expansion in alternative energies. If one connects all the dots on our current state, then there is no refuting this most clear-eyed of scientific assessments:

“Given the momentum in both the Earth and human systems, and the growing difference between the ‘reaction time’ needed to steer humanity towards a more sustainable future, and the ‘intervention time’ left to avert a range of catastrophes in both the physical climate system (e.g., melting of Arctic sea ice) and the biosphere (e.g., loss of the Great Barrier Reef), we are already deep into the trajectory towards collapse.”

The end of the world is the ‘cha-ching’ of a cash register as the last vestiges of nature are converted to dollars. Lest we forget, 71% of global emissions come from just 100 companies and more than half of global industrial emissions since 1988 originated from 25 corporate and state-owned entities. While the ultra-wealthy reap the profits of a poisoned ecology, the rest of the world is left to take the brunt of consequences from a world that grows more dangerous by the day. Those living on the edge who lost their livelihood during this pandemic are the collateral damage of an out-of-control socio-economic system whose incompatibility with life on Earth becomes more evident with each passing year. There’s nowhere to escape for most people because, to one degree or another, we are all entrapped in this system. The immutable laws of biology, physics, and chemistry have set an expiration date on America’s non-negotiable way of life, ensuring that many more will soon fall victim to the short-term greed of capitalism. As Stephen Hawking warned, “Stupidity and greed will kill off humans.” 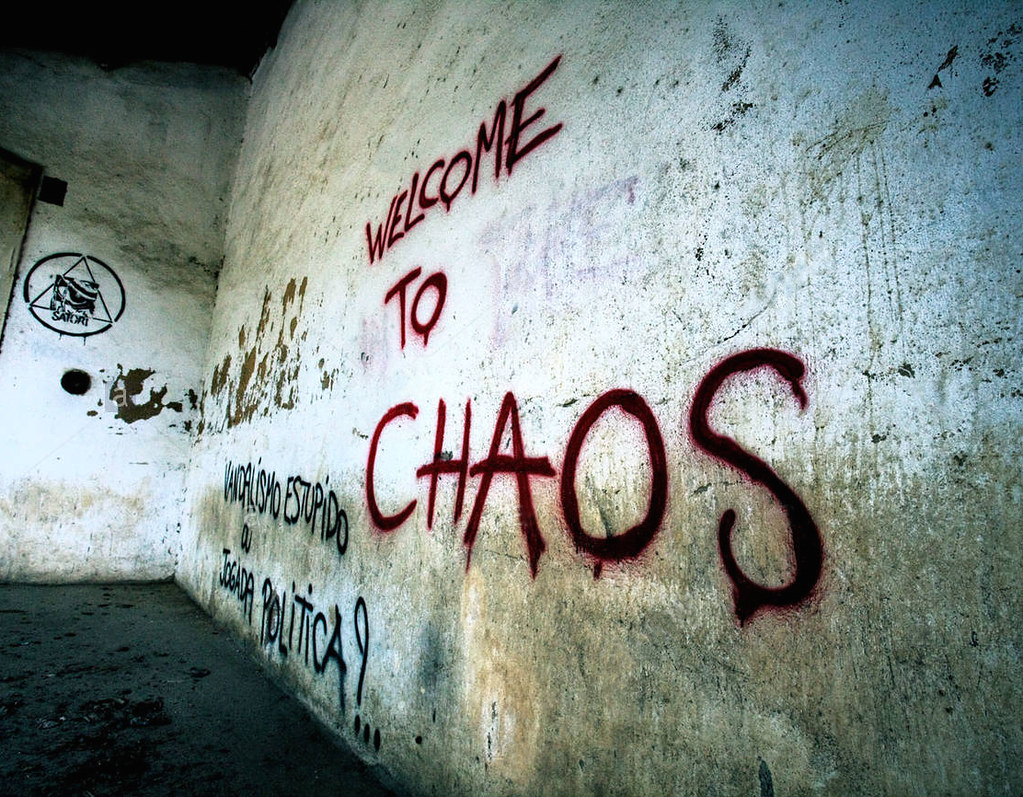