My last post on environmental toxins was inspired from an email I got from Professor Julian Cribb in Australia. Upon closer inspection of his email I see that the attachments have much more interesting information that deserves our attention. I hope my readers will forgive me for having missed this valuable material, but I just came back from the decadence of Sin City on my weekend trip and I’m a little tired.

I hope the good Professor doesn’t mind my posting the attachments at my site. The first concerns environmental toxins and is an extended and more informative version of the brief article that Professor Cribb published in the Canberra Times.

A WORLD AWASH WITH CHEMICALS_Essay_Cribb_Jan13 (2)

The second attachment is an argument for the renaming of the human species (Homo Sapien) to something more appropriate in order to properly reflect our dysfunctional and self-destructive nature. I believe we’re too full of self-conceit and self-delusion to ever seriously entertain the idea, but it is a good argument to make in light of our impending extinction and the ongoing destruction of the Earth’s habitability for most other organisms. This global apocalypse is being brought to you by the world-wrecking hands of ‘industrial capitalist carbon man’.

…and well worth your time to listen to the interview[Download] with Professor Cribb on the ABC Radio National Science Show.

Lastly, he sent me an interesting slide show which appears to be the basis for a TV documentary that the Professor is hoping to create in order to explore these unfolding crises leading to mankind’s self-inflicted extinction, an avoidable tragedy if Homo Sapiens lived up to their name of ‘wise man’ – a misnomer if there ever was one.

A few cuts from the slide show… 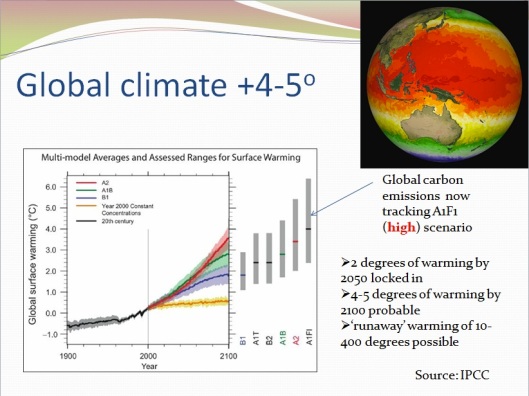 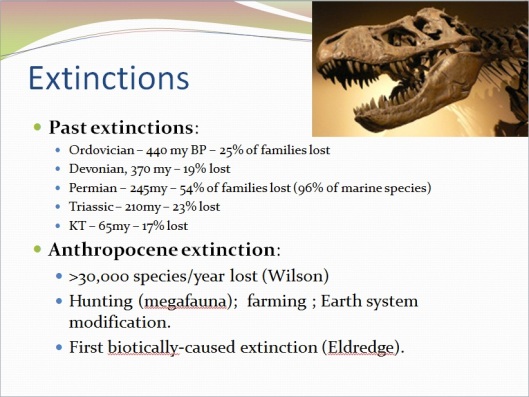 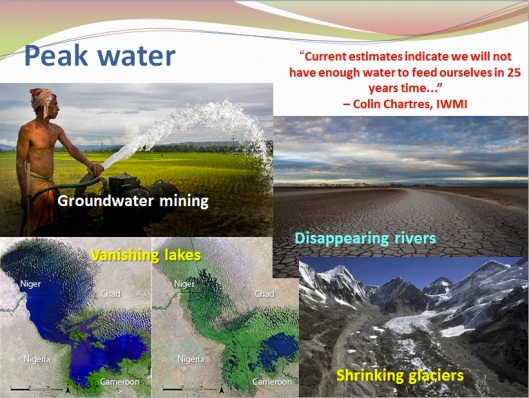 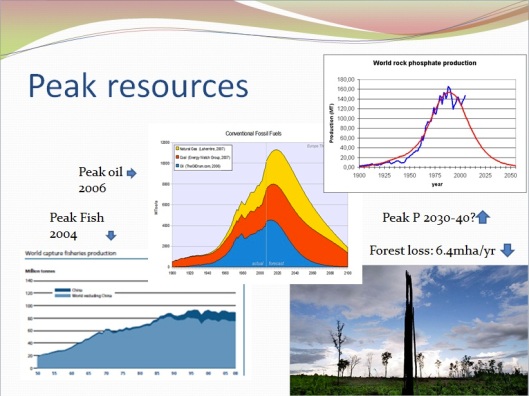 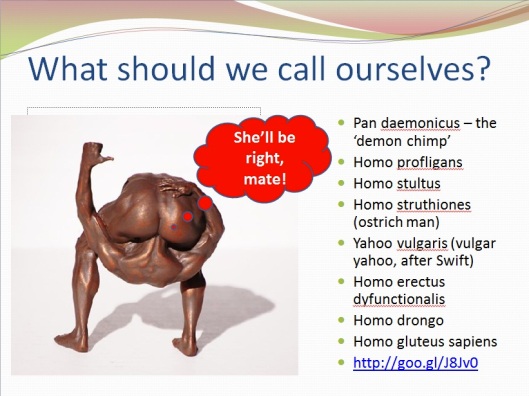 I look forward to watching this documentary. Luckily, Professor Cribb is trying to get this project done in Australia and not the Banana Republic of America where it would be sacrilege to think that money is an illusion or that all problems cannot be solved by printing more of it.