In his hubris, mankind went about subduing, indexing, commodifing, and exploiting all of Earth. He paid very little heed to the consequences of the shrinking richness that once characterized the natural world. Everything had a price since money had become the sole criteria by which all things, animate and inanimate, were valued. From the anthropocentric perspective, if it didn’t serve people in some way or another, what good was it? If need be, man could use his superior intellect to fix or outright replace what he had permanently destroyed. “A better life through technology” became the law of the land. Just as with the accepted tenet of never-ending economic growth, there was the unquestioned belief of technological solutions for all manmade problems brought on by industrial civilization. Hence, bees dying from a chemically saturated environment could be genetically modified to survive in our toxic soup. Extinct flora and fauna could be brought back to life with bioengineering. Where we would put such resurrected organisms in a world overloaded with humans, other than in zoos or other tiny cutouts of artificial habitat, was a question never answered.

Man became so assured of himself and his technological abilities that he began to lose track of the steadily mounting environmental assaults promising to make Earth uninhabitable for all but a few heat-loving bacteria like thermophiles. In fact many denied outright that such dangers even existed. And those whose livelihood depended on maintaining business-as-usual were more than willing to pay public relations experts who could mold popular thought in favor of such a suicidal path. Most of the truly eco-aware humans, whose numbers were so small as to be inconsequential, spent all their time refuting the ignorance and propaganda of the masses, but to no avail. How could any root causes and solutions ever really be identified if the vast majority were kept at each other’s throats? The climate change deniers fought with the scientists; the capitalists fought with the environmentalists and steady state/degrowth alternative economists, the conspiracy theorists fought with the realists, and ad infinitum. Thus consumed with dissension the human species raced over the cliff of eco-apocalypse and human extinction.

She does not measure time in years, decades, or even centuries, but in millennia. She watches unamused by the tragicomedy of humankind. She is unmoved by the self-inflicted suffering and death that is and will be wrought by our own self-serving behavior. Gaia patiently awaits the extinction of man.

…The world was void,
The populous and the powerful was a lump,
Seasonless, herbless, treeless, manless, lifeless—
A lump of death—a chaos of hard clay.
The rivers, lakes and ocean all stood still,
And nothing stirr’d within their silent depths;
Ships sailorless lay rotting on the sea,
And their masts fell down piecemeal: as they dropp’d
They slept on the abyss without a surge—
The waves were dead; the tides were in their grave,
The moon, their mistress, had expir’d before;
The winds were wither’d in the stagnant air,
And the clouds perish’d; Darkness had no need
Of aid from them—She was the Universe.”

I’m coming off my two week blogging binge so posts will be light to nonexistent until I start up again in a few weeks. Studies have shown that inordinate time spent on the internet has harmful effects, both physiologically and psychologically; thus breaks from blogging and the morbid fascination with industrial civilization’s slow-motion train wreck are wise. 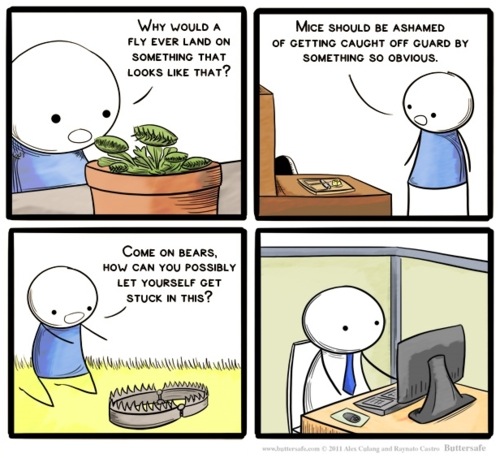 Occasionally I’ll scour YouTube for any interesting videos for this site and I found one.

Messing with global biospheric systems which have evolved over millions of years and expecting business-as-usual to continue is perhaps the greatest delusion of man. Civilization-ending runaway climate change could be right around the corner, and from just an intuitive level such a scenario seems all but inevitable. An abrupt change to our comfortable, normalcy-biased mode of living and thinking is very much in the cards – all the more reason for me to stop and smell the roses before there are no roses.