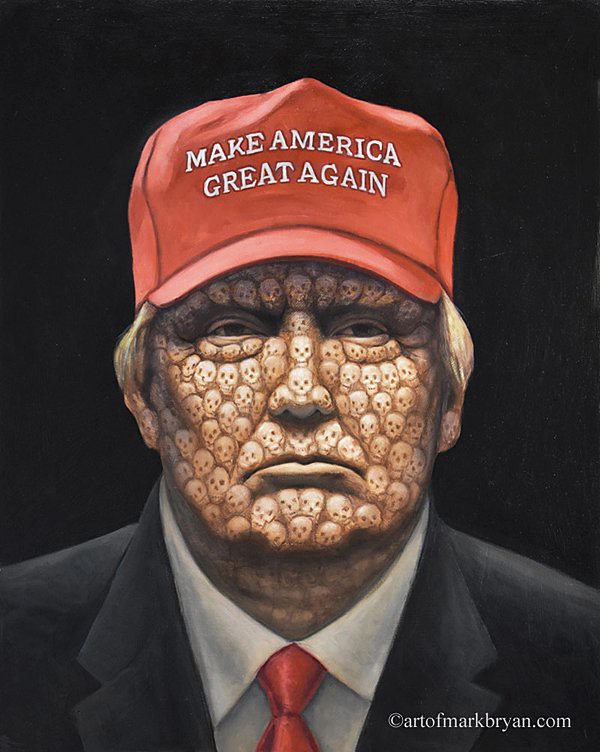 “It’s going to disappear. One day it’s like a miracle – it will disappear.” ~ Trump

Who would have guessed that a reality TV “star”, con-artist, and political hack would be the one person to shake America’s institutions of government to their core? Then again, Hitler was a down-and-out artist before he became a dictator. Lots of people warned that this time with D.J. Trump would come even before he finagled his way into the White House. From his days of swindling hundreds, if not thousands, of small business contractors and workers to laundering money and defrauding the U.S. government, his tenure as president has been no less riddled with corruption, back-stabbing, lying, and cheating. Since Trump cannot retain power through the traditional means of tinpot dictators via military coup, he is using an army of lawyers who will question every mail-in ballot and use every legal maneuver in an attempt to render the 2020 election results null and void. This summer, Trump began a campaign to sabotage mail-in voting after falsely claiming it was fraught with fraud and then hiring one of his unscrupulous cronies, GOP Megadonor Louis DeJoy, to cripple the U.S. postal service. However, the GOP plan to destroy majority rule really kicked into gear with their ‘gerrymandering on steroids’ strategy which was hatched more than a decade ago when right-wing strategists concluded that taking over state legislatures would enable them to redraw districts and control the outcome of elections.

Over the last four years, Trump has amassed a laundry list of skuldugery such as abusing his high office to delegitimize any reporting critical of his administration by labeling it “fake news”, exacerbating an atmosphere of doubt, mistrust, and suspicion of the government by perpetuating numerous conspiracy theories, stoking racial tensions with incendiary rhetoric while ignoring the mounting anger over police brutality, perverting the rule of law by stacking the courts with unqualified GOP-friendly judges, installing a henchman named William Barr to run the DOJ and help give the president autocratic powers, and politicizing science by censoring government researchers and dismantling science-based health and safety protections. All of these tactics have been used by dictators of foreign countries to eliminate opposition leaders and control the population. Muzzling of scientists is a global problem that is getting worse. Trump has single handedly made the US a pariah on the world stage as he cozies up to dictators while belittling and undercutting traditional Western allies. In fact, America’s reputation in the world is the lowest it’s been since such surveys began two decades ago. There’s no hiding that Trump would love nothing more than to turn America into a Russian-style dictatorship where he could rule for life, rob the public purse at will, and kill dissidents with impunity. 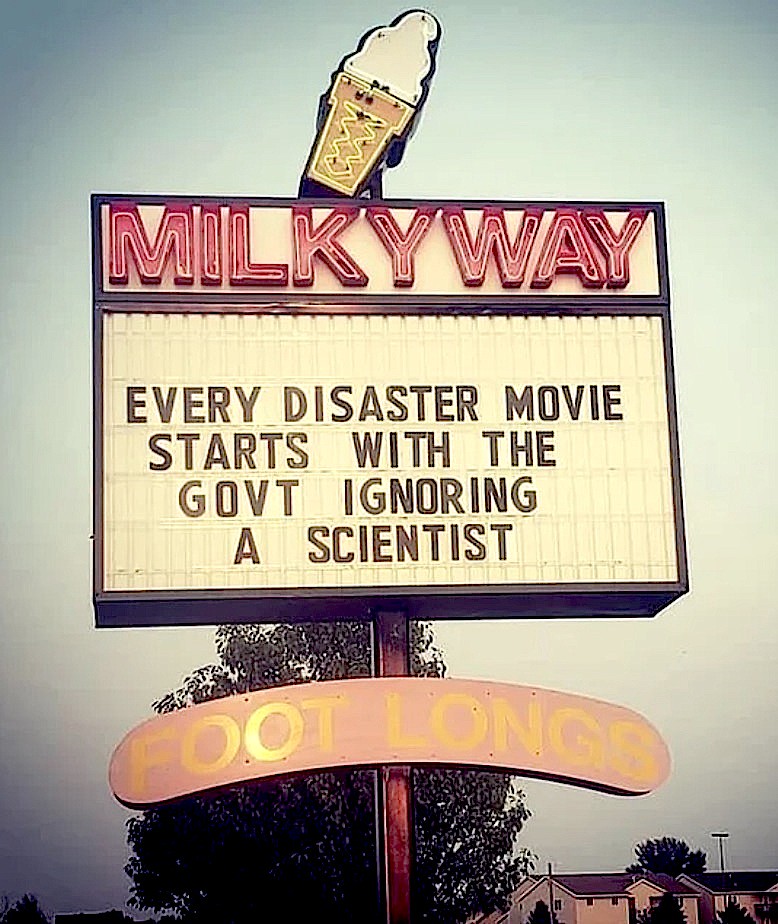 Had Trump properly handled the pandemic that continues to upend the economy and ravage people’s lives, 90% of U.S. coronavirus pandemic fatalities could have been prevented. Life would be drastically different from what we are experiencing today. By January 2021, pandemic fatalities in the U.S. are projected to more than double from their current number of over 200,000. This will be Trump’s macabre achievement for his criminally negligent handling of this pandemic. He was able to do much more than when he proclaimed he could stand on 5th Avenue, shoot someone, and get away with it. In fact, due to his lack of leadership, downplaying of the virus, obfuscation of CDC reporting, and failure to enact a coherent national plan, he will have killed more Americans than whom died in World War II. By comparison, that’s twenty-five to fifty times the number of Americans who die on average in any given year from the flu. Trump may blame China, the WHO, Democrats, or anyone else for unleashing this plague, but it was his deliberate and willful abdication of his duty as president to protect public health and safety that has created his coronavirus killing fields. Who hasn’t heard the Bob Woodward tapes from early February 2020 of Trump explicitly saying that the virus is much more deadly than any strenuous flu and extremely contagious? All the while he has downplayed the danger to the public, even going so far as to say it was a “hoax” by the Democrats? To this very day, he perpetuates these lies while corralling his cult followers into close quarters for his self-aggrandizing MAGA rallies. His followers are oblivious to the fact that they serve as nothing more than disposable props at these grotesque events. He mocks masks, the most effectiive tool we have against the virus. He likes to claim that his China travel ban saved many lives but, like so many things he says, the opposite is true. His ban had many holes and actually may have worsened the outbreak in the United States. In addition, Trump’s downplaying of the virus has allowed it to fester in the U.S. and likely mutate into a more contagious strain; whether it transforms into something more deadly is all a matter of a genetic roll of the dice. Experts are fearing a double whammy from both the flu and the COVID-19 coronavirus this winter.

With historic megafires raging along the entire west coast in the new normal of inferno seasons, Trump tells climate scientists directly to their face that “it will get colder, just wait and see” and “I don’t think science knows about climate.” In the meantime, he’ll be spending millions shoring up his golf course properties from the rising seas. Over eight feet of sea level rise is already locked in from Antarctic ice melt alone, even if Paris climate agreements are fulfilled. As Biden says, Trump is a “climate arsonist.” At this point, I cannot help but view anyone who supports this catastrophic president as anything other than a traitor to their own country. 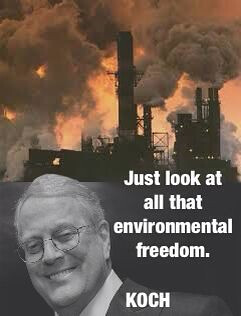 At a time where compassion and honesty are most in need as our civilization runs headlong into the limits of a finite planet, the world appears to be going in the opposite direction of more magical thinking, selfish nationalism, and diminishing human rights. The destruction Trump has done is real and four more years of him will guarantee further damage for decades to come. For instance, many of the dozens of environmental regulations that Trump has rolled back will likely be permanently cemented into place by Trump-appointed judges. These rollbacks are already causing countless premature deaths in the U.S. The amount of carbon his legislative actions will have put into the atmosphere by 2035 is estimated to be the equivalent of Russia’s annual emissions. The EPA will become a shell of its former self, having been completely usurped by corporate interests to pollute without restraint. Other countries are already following America’s lead of completely disregarding the threat of anthropogenic climate disruption. Any semblance of democracy will be shredded as Trump’s swamp of greed, corruption, and white nationalism runs amok. Conspiracy theories will run rampant as daily life becomes ever more precarious in a climate of fear and science becomes completely subjugated by economy, polity, and religion. There is a prescient quote from Carl Sagan that warns of the dystopian world we are well on our way to creating:

“I have a foreboding of an America in my children’s or grandchildren’s time — when the United States is a service and information economy; when nearly all the manufacturing industries have slipped away to other countries; when awesome technological powers are in the hands of a very few, and no one representing the public interest can even grasp the issues; when the people have lost the ability to set their own agendas or knowledgeably question those in authority; when, clutching our crystals and nervously consulting our horoscopes, our critical faculties in decline, unable to distinguish between what feels good and what’s true, we slide, almost without noticing, back into superstition and darkness…

The dumbing down of American is most evident in the slow decay of substantive content in the enormously influential media, the 30 second sound bites (now down to 10 seconds or less), lowest common denominator programming, credulous presentations on pseudoscience and superstition, but especially a kind of celebration of ignorance”
~ Carl Sagan, The Demon-Haunted World: Science as a Candle in the Dark

I shudder to think of the hellscape that awaits us with another term of Trumpian chaos. There are only two choices before us in our American corporatocracy, so let’s be pragmatic about our dire situation. I’ll take take Biden, the corporate friendly centrist who has a plan to contain the virus and a two trillion dollar climate change strategy, any day of the week over Trump, a corporate fascist masquerading as a populist who never had any national plan to effectively contain the virus and believes climate change is a hoax. Of course there are many other issues that make Biden the sane choice between the two. It’s comical how the Right-wing propaganda machine has painted Biden as some sort of bumbling socialist puppet, especially when you consider that Wall Street’s own analysts say that a Biden administration would be neutral to positive for them. Under Trump’s direction, the very wealthy were given big tax breaks that allowed them to pay less than the working class for the first time in history. And due to Trump’s gross mismanagement, our government’s budget deficit will soon exceed the size of the nation’s entire economy for the first time since World War II. A growing body count of dead Americans that rivals the biggest war fatalities in our nation’s history is happening as a result of Trump’s sociopathic response. Trump’s latest hairbrained scheme is to allow the American population to build herd immunity to the novel virus. Never mind that in the process we would incur fatalities in the millions and collapse the healthcare system which would raise the death toll even higher, or the fact that scientists doubt the population would even ever be able to reach such levels of immunity. Someone, please tell me how Trump has made America great again.