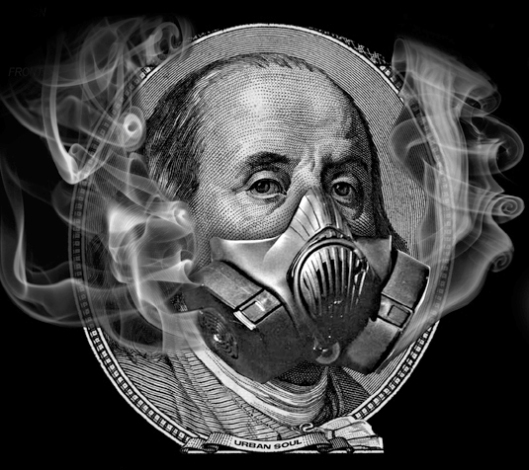 “When the well’s dry,
we know the worth of water.”
~ Benjamin Franklin

I’ve just returned from a salvaging expedition into the heart of what was known as Los Angeles, a vast megalopolis once teeming with millions of people and home to Hollywood movies and TV, hallucinogens for the masses. It is now known as celluloid cemetery. The air was still this evening and off in the distance I could hear the desperate screams of those who had been exiled from our underground colonies.

I’ve got all the public libraries mapped out on my tracking device so that I can hit them up for rare books not archived on our historical databases. Paper books never died because a lot of data has been lost over the years due to grid failure, floods, fires, and arson. A very well-preserved collection of writings by Benjamin Franklin, a true renaissance man of his time, caught my eye as I rummaged through piles of books strewn knee-deep across the floor. Inside the dusty tome I saw the brief essay ‘Observations Concerning the Increase of Mankind‘ and read it on the spot. Franklin says, “But not withstanding this (population) increase, so vast is the Territory of North America, that it will require many ages to settle it fully…” A mere 215 years after those words were published, America officially went into overshoot. Thomas Malthus is said to have credited Franklin for discovering the ‘rule of population growth’ which states that when agriculture increases in arithmetic progression(2, 3, 4, …), the population grows in geometric progression(2, 4, 6, …), eventually outpacing the means to feed everyone. Neither Malthus nor Franklin foresaw the discovery of fossil fuels, which fueled the population explosion, or its horrific side-effect of climate change which would act as a catalyst for the spread of virulent diseases and pathogens such as the African Flu Pandemic of 2029, otherwise known as The First Great Culling. Two-thirds of the global population were wiped out. Subsequent pandemics of varying origins and lethality picked away at the remaining 2.5 billion, leaving a few hundred million survivors scattered across the globe. The construction of vast subterranean cities began several decades ago once the world knew that industrial civilization would never be able to survive runaway climate change above ground. Today no one is allowed to have more than two children. Population is strictly monitored by the technocracy which severely punishes those who break this law; no one wants to be banished to the outside where life is short and brutal. 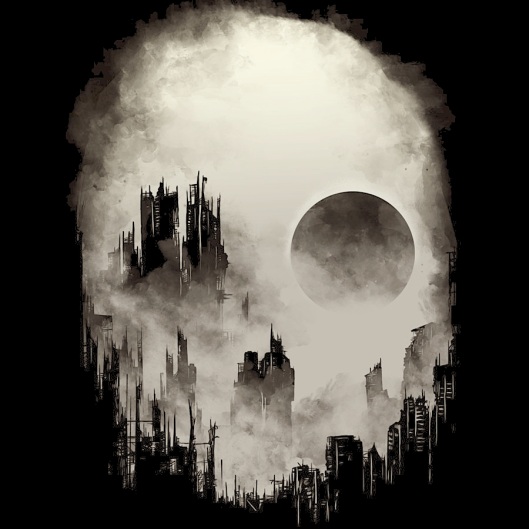 Franklin must truly have been rolling in his grave at the end result of his expansionist dreams for America: a pockmarked landscape of fracking wells, oil spills, and toxic waste dumps; a corrupt government of corporate sock-puppets; a military that had become a malevolent industrial complex seeking war for profit and destroying fledgling democracies wherever they appeared; an agricultural system of factory farms and frankenfood; a self-proclaimed “free press” of corporate mouthpieces and shills; and a population of citizens that had been reduced to mindless consumers incapable of critical thought. And I think he would be utterly distraught to find that his name had been reduced to a popular idiom by the dumbed-down masses — “it’s all about the Benjamins.“ Knowing what a grotesque monstrosity this country would become, he surely would not have declared America’s cause to be ‘the cause of all mankind’ — wasteful consumerism, monopoly capitalism, and the tyranny of the corporate state. When he was studying dinosaur bones in northern Kentucky back in the mid 1700’s, I’m sure it never crossed his mind that the human species would soon suffer the same fate, becoming the next hapless victim to sink into a tar pit of its own making. Franklin would have said, “It’s inconceivable such a technologically advanced society as this would not look at the scientific evidence and take action at once to preserve life and liberty.” But after witnessing what an irredeemable abomination his Republic had become, he would most likely say, “My God, the only recourse remaining is to clear the entire system with near-term-extinction.”

Walking with the tortured spirit of Benjamin Franklin along the Beach of Doom where anoxic ocean waves wash plastic debris and dead jellyfish ashore, I explain to him that the seeds of our destruction were planted long ago with the expansionist mindset of the first European settlers. The Indians and buffalo were systematically wiped out, all the virgin forests were chopped down and converted to lumber, and the rest of America was laid wide open for exploitation by the construction of a transcontinental railroad. Technology and the power of fossil fuels only intensified the process; this country never looked back, expanding to foreign shores for control of evermore resources and spreading the same logic and belief system of capitalism throughout every inch of the Earth until there was no place further to go. The system started to cannibalize itself after hitting peak oil, turning inward to burn dirtier, more marginal energy resources and starving the masses whose share of the economic pie kept shrinking while a tiny few gorged themselves on ill-gotten wealth and delusions of grandeur. In its final days, this con game measured everything only with a monetary scale. If there was no profit to be earned, then real solutions to the grave threat of anthropogenic climate change, like “powering down”, were summarily discounted. America and the world had ideologically boxed itself into a death trap called capitalism. No one realized or refused to realize that all the perceived gains in infrastructure, technology, social institutions, and other complexities of industrial civilization would soon fade into oblivion at the hands of an uncaring climate radically and thoughtlessly altered by mankind’s activities. In the end, it was all phantom wealth stolen from nature and built off her back by burning trillions of tons of carbon into the atmosphere. The system’s only available avenue was to rush headlong into the dark void of misery, death, and extinction while spinning quixotic tales of “sustainable growth”, “renewable energy”, and geoengineering fixes. Cooperation on a planetary scale to lower greenhouse gases could never be accomplished under a capitalist system, nor would the arms race amongst nations which requires a constant investment of highly dense energy to develop technologically superior weaponry. After knowing for decades that it was far too late to escape the carnage of climate chaos, those in positions of power felt compelled to ignore the facts and keep the gas pedal pressed to the floor, leading all of humanity over the cliff. 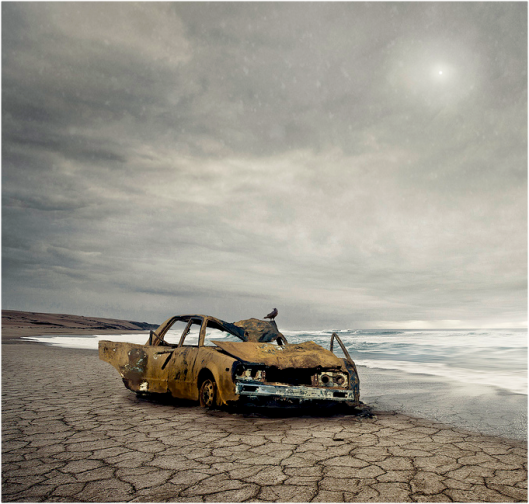 “He cannot complain of a hard sentence, who is made master of his own fate.”
~ Johann Friedrich von Schiller