A protester belonging to an Occupy Wall Street group in rural Pennsylvania is being charged with felony attempted bank robbery and a terrorism-related charge for holding signs up during a demonstration at a local Wells Fargo branch.

David C. Gorczynski, 22, was charged on Tuesday with attempted bank robbery and terroristic threatening, both felonies, as well as one misdemeanor charge of disorderly conduct. Police detained him after he walked into an Easton, PA Wells Fargo branch with a sign that read “You’re being robbed” and another that said “Give a man a gun, he can rob a bank. Give a man a bank, and he can rob a country.”

Gorczynski was at the Wells Fargo bank as part of a demonstration led by Occupy Easton, the small Pennsylvania town’s OWS offshoot…

“He is not the criminal. If the police were truly there to protect and serve the taxpayers, the banksters would be arrested and this man would be called a hero,” the Occupy Easton group responds on Facebook.

Gorczynski was released on $10,000 bond after a defense and bail fund established online helped bring in enough money to buy his freedom after his arrest.

Remember what little man Bush said: “They hate us for our freedoms.” So Bush, the Neocons, and the Faux Democrats proceeded to dismantle the very freedoms that were purported to be the reason for why the terrorists hated us. We should be thankful our dear leaders were wise enough to know how to get at the root of the problem, our freedoms, in order to prevent further animosity toward America.

So as to not incur the wrath of future terrorist attacks, our every movement, thought, and expressed opinion must be tracked to ensure we are not exercising any freedoms believed to be so inflammatory to the terrorists amongst us:

…So what is TrapWire, and why has its leak created such a commotion? According to reporting at RT, TrapWire is a detailed surveillance system that “can collect information about people and vehicles that is more accurate than facial recognition, draw[s] patterns, and do[es] threat assessments of areas that may be under observation from terrorists.” Anything suspect gets input into the system to be “analyzed and compared with data entered from other areas within a network for the purpose of identifying patterns of behavior that are indicative of pre-attack planning.”

According to the article, this system has been secretly installed in most major cities and around landmarks across the United States, in Canada, and in the UK. Most local police forces are installing their own monitoring software that works in conjunction with TrapWire. Private properties, including casinos, are now signing up to TrapWire. Essentially, it sounds like Big Brother identifying you, watching you, assessing your every move for abnormalities, then indexing your behavior.

Last year, while the occupy movement peacefully protested in cities across the country, a new-militarized police force presented itself, and moved to brutalize protesters exercising their rights to freedom of speech and assembly. It was as if these long-cherished American values had suddenly become viewed by our government as threats to its power. The scores of video footage capturing these egregious acts of brutality — from city to city, in a seemingly coordinated effort — resemble scenes carried out in faraway lands by despotic regimes.

Here is the reality about freedom: you may have a bill of rights, but if you are brutalized anytime you attempt to exercise those rights, you eventually become intimidated from ever doing so. And that appears to be the new order in America.

The brutality against occupy protesters became such an issue for human rights groups, as well as media groups whose reporters were being assaulted (including NY Times, The Associated Press, The New York Post, The Daily News, Thomson Reuters, Dow Jones & Company, etc.), that even the U.N. felt compelled to intervene. Two U.N. human rights envoys petitioned the Obama Administration to “protect Occupy protesters against excessive force by law enforcement officials.” The White House completely ignored their petition, and did absolutely nothing to reign in, much less condemn, the brutality.

Legal experts from NYU and Fordham University filed complaints with the NYPD, the U.S. Department of Justice and the United Nations, accompanied by a 132 page report entitled Suppressing Protest: Human Rights Violations in the U.S. Response to Occupy Wall Street. The document “catalogs 130 specific alleged incidents of excessive police force, and hundreds of additional violations, including unjustified arrests, abuse of journalists, unlawful closure of sidewalks and parks to protesters, and pervasive surveillance of peaceful activists.” This document barely scratches the surface, since its scope is limited just to the police response in NYC. The group plans to release similar publications for Boston, Charlotte, Oakland, and San Francisco.

For those of you who believe that our nation’s dramatic shift towards a police-state is justifiable, in light of 9-11, you should know that nearly every police-state throughout history became so under the guise of national security threats. Most despotic regimes faced real, perceived, or sometimes manufactured threats to their national security. And most of them could point historians back to their own 9-11-like ‘turning point’.

For example, Adolph Hitler would surely point historians to the burning of the Reichstag building on February 27, 1933 as Germany’s ‘turning point’. He blamed the arson on the Communists (Note: some prominent historians believed the Nazis themselves were responsible for the arson). But regardless of who actually burned Reichstag, the Nazis capitalized on that crucial moment in a way that would forever change the course of history.

They used the shock and fear generated by that event as justification for the Reichstag Fire Decree. This new law suspended basic rights of all Germans and allowed detention without trial. Sound familiar? That was Hitler’s very first step in consolidating his power, and transforming Germany into a despotic regime.

A government shifting towards despotism always works to capitalize on a nation’s fear. It uses that fear as the impetus to strip its citizens of their inalienable rights. And unfortunately, once those rights have been fleeced, it often takes a full-scale revolution or war just to restore them.

America, land of the feeble and home of the bamboozled… 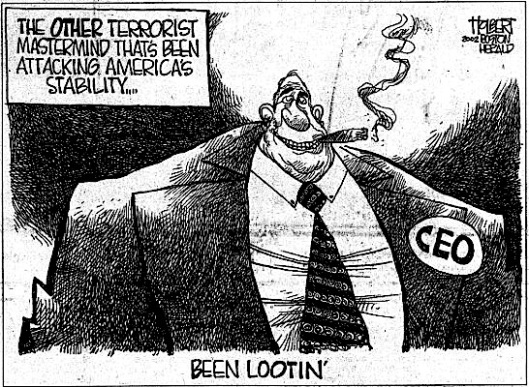